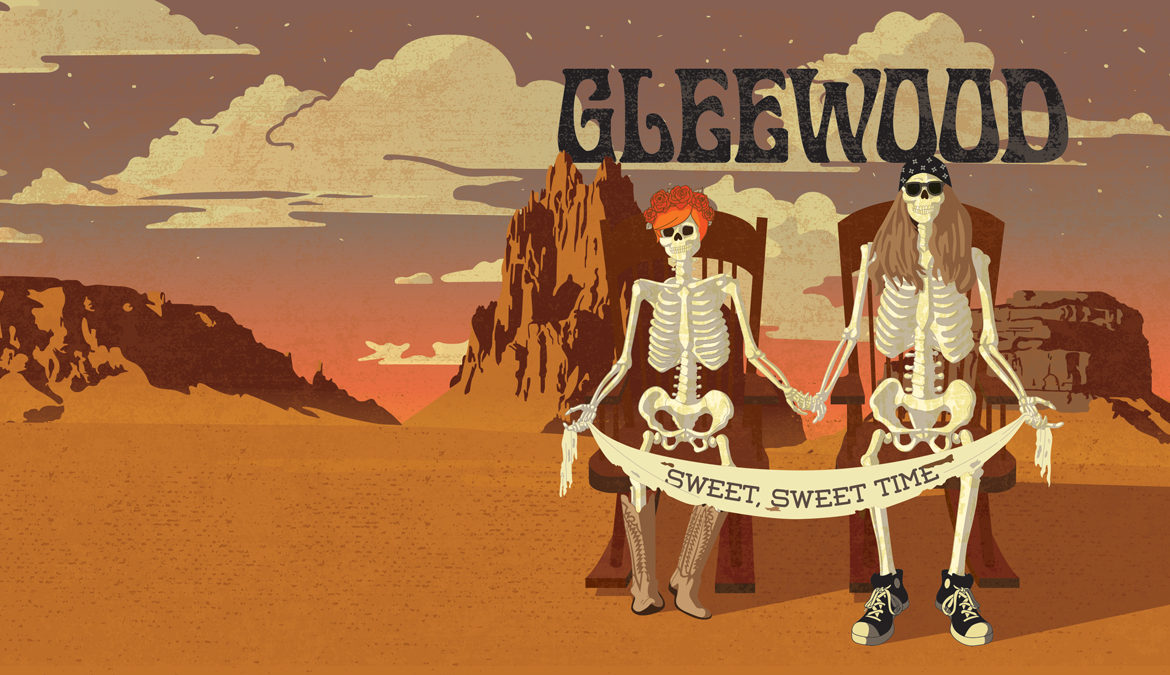 I met the members of Gleewood on my birthday at Vintage Wines in Mesilla, NM. They were playing a live set, and I fell deeply in love with their corgi that was roaming the patio. After the set, we struck up a conversation and I showed them some of my work. Two years later, I received an email saying that my work had stuck with them, and asking if I would be interested in doing the artwork for their upcoming album. Still being a huge sucker for their corgi (and working with musical outfits in general), I said yes.

They had a basic idea for cover, two skeletons meant to portray the band members, sitting in rocking chairs in the middle of a high desert landscape. As I developed the illustration, I was given multiple pictures of the band members. I used tracing paper when drawing the skeletons, so I could “steal” their actual body proportions and postures. I also added select pieces of clothing that each member had determined to be prominent parts of their personal identity: Callie’s red hair, a flower crown, and her grandma’s extra tall, western-style boots; Jett’s long, flowing hair, aviator sunglasses, converses, and bandana. 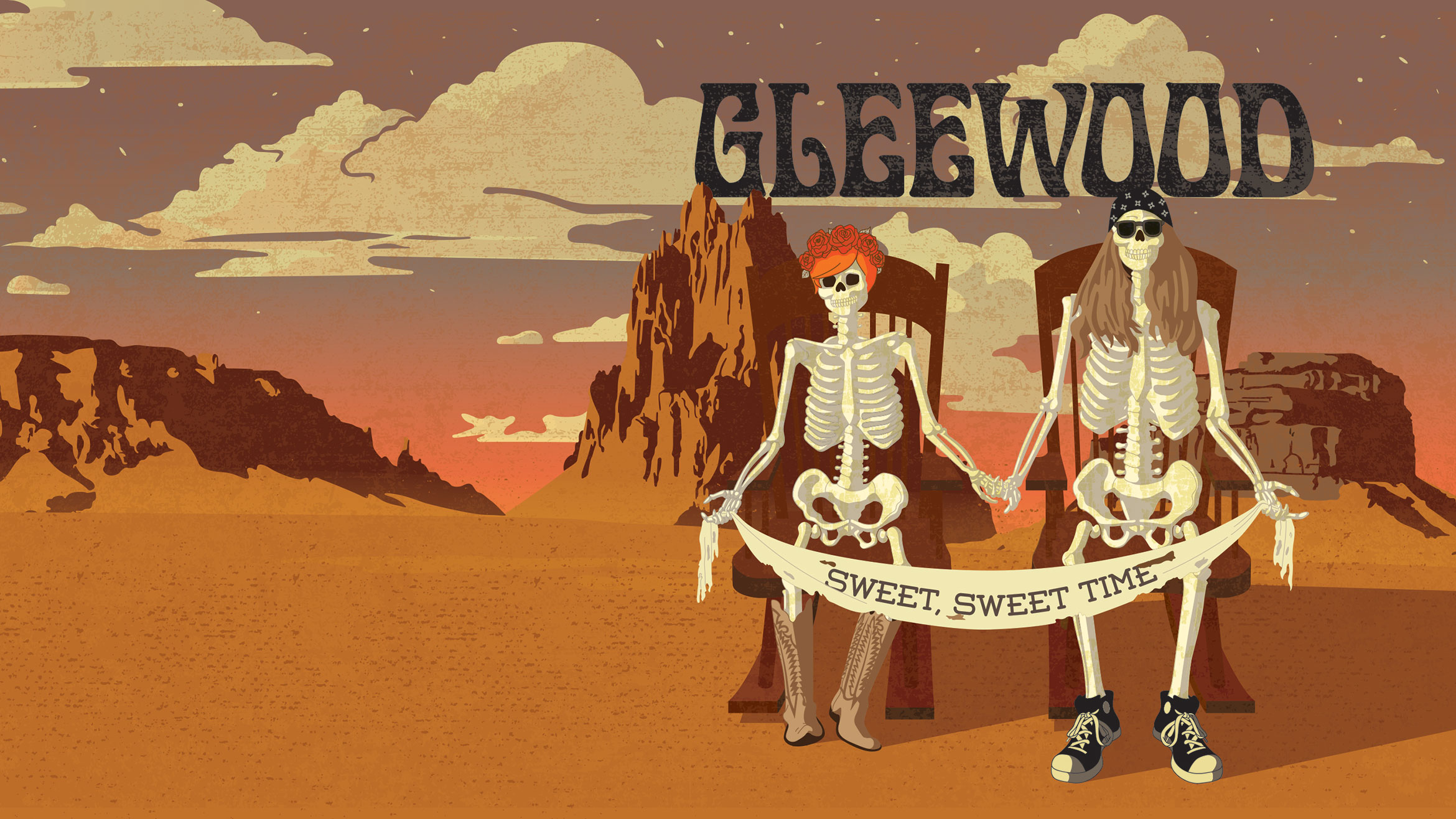 For the high desert scene, I created illustrations of well-known New Mexico mesas: Black Mesa, the Enchanted Mesa at Chaco Canyon, and (the obvious one) Shiprock. This created fun trivia that stimulated conversation between fans and the band.

This was very much an illustration project for me. The only typesetting I handled was placing “Gleewood” and “Sweet, Sweet Time” on the front cover. The band handled the typesetting of the rest of the album. Below you can see how the final illustration looked on the final product. It was so refreshing to work on a project where you spend a lot of time putting pencil on paper. And by pure happenstance, the band asked for this job in October. So I got to spend the whole month drawing skeletons. How thematic! 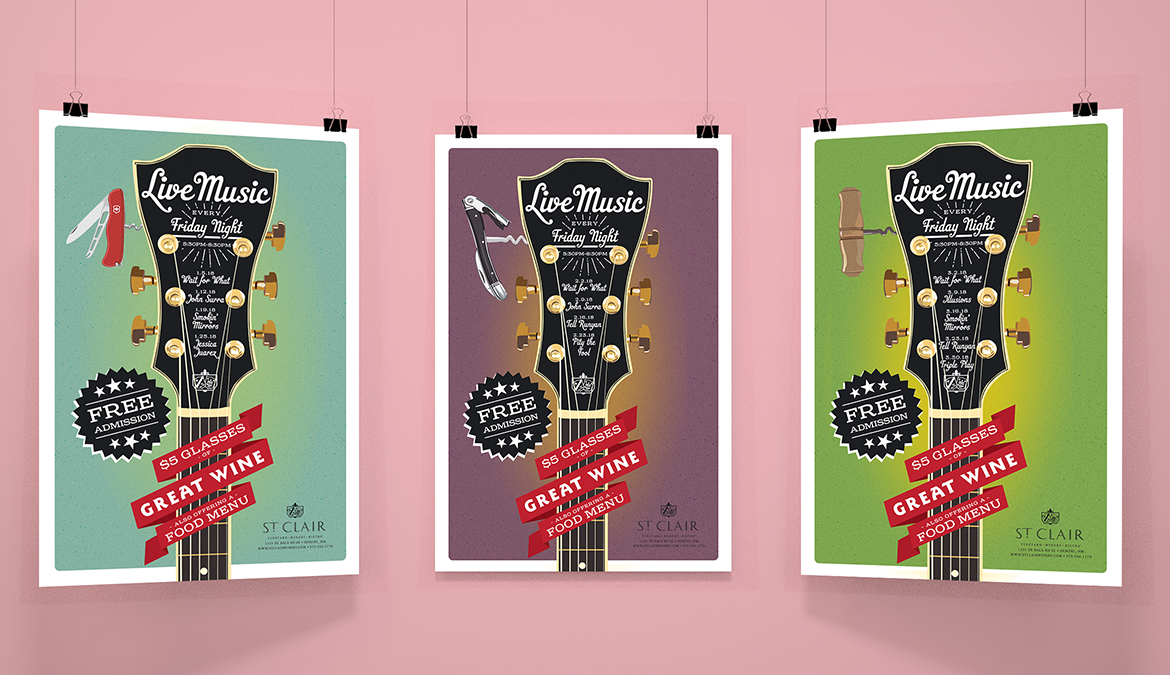 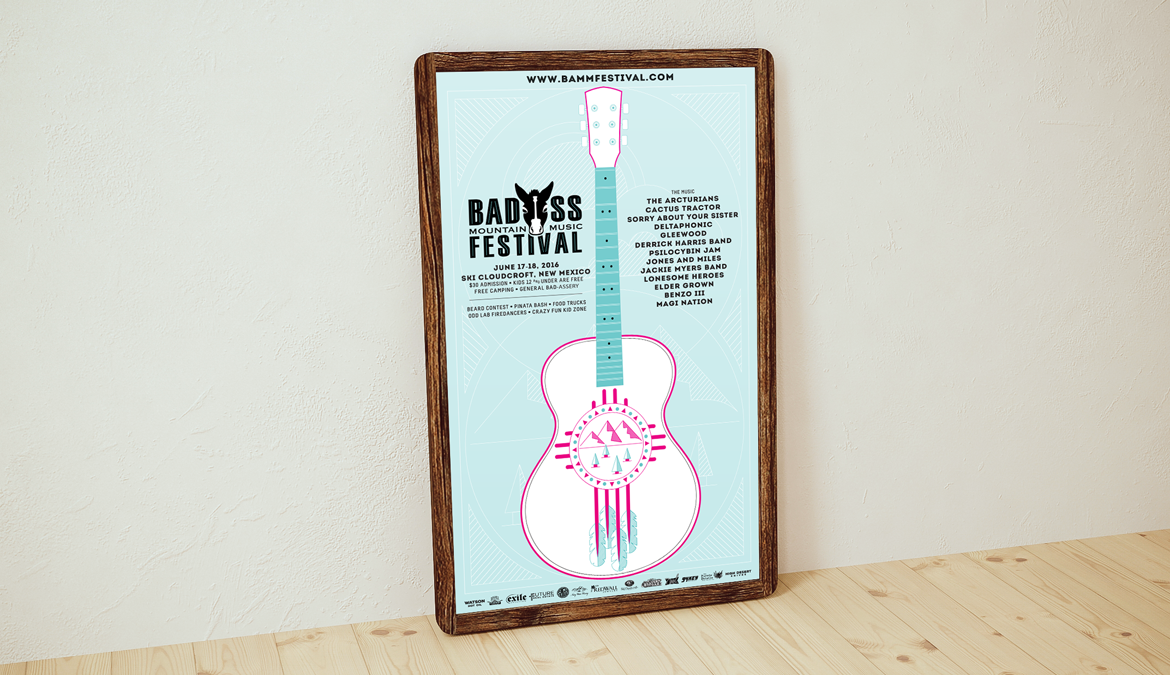 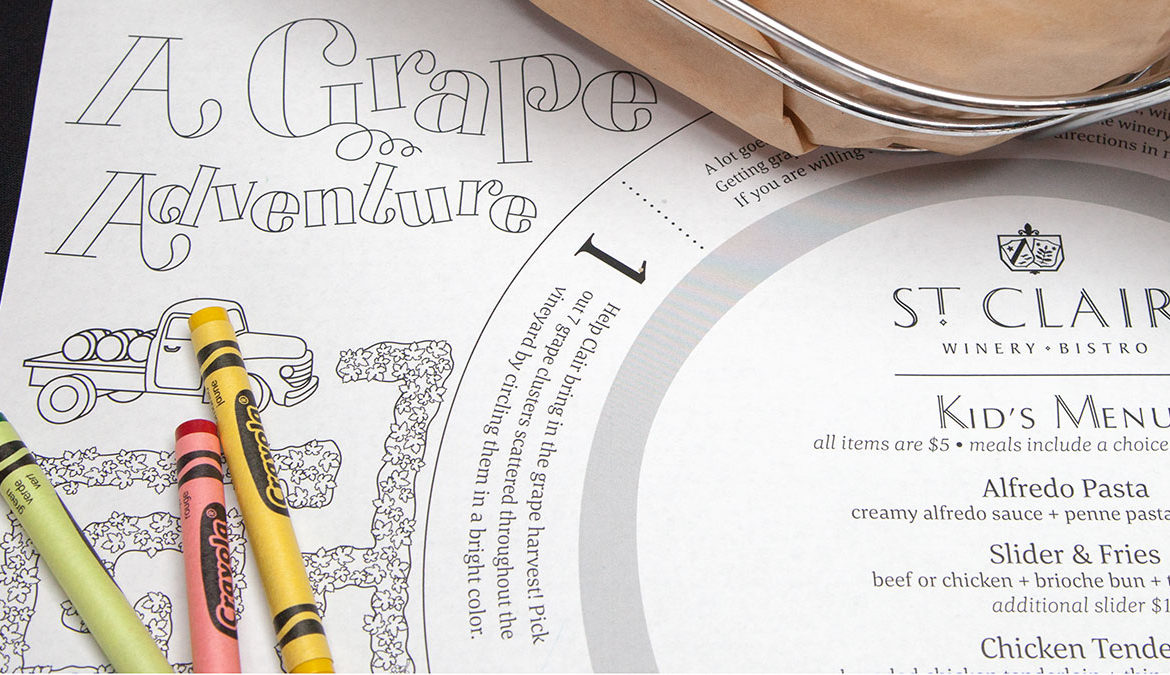